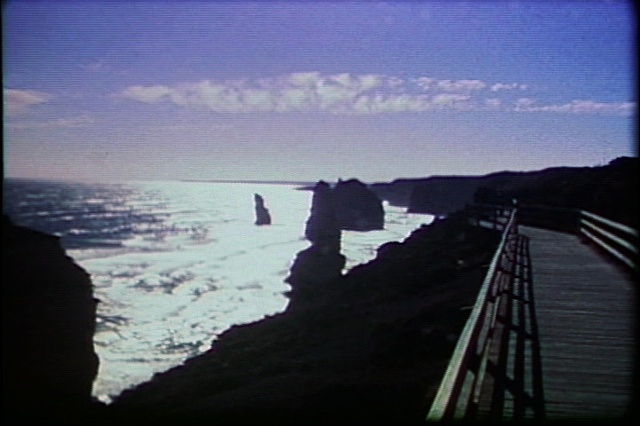 The three rolls that constitute “Australia Rolls” were shot while on an excursion to Australia with my partner who was shooting digital video of our trip. The first was shot at the Great Ocean Road, a popular natural tourist attraction in the state of Victoria; the second was taken at an eco-tourist island off the Queensland coast called Frasier Island; and the last reel was shot on Lady Elliot Island, a small coral atoll at the base of the Great Barrier Reef. Shown as a series they depict a searching desire for natural vistas as far removed from human presence as possible. In each successive location, the tourist experience of the landscape becomes as much of a focus as the landscape itself, and the filmmakers become implicated in their own fetishization of the vista.