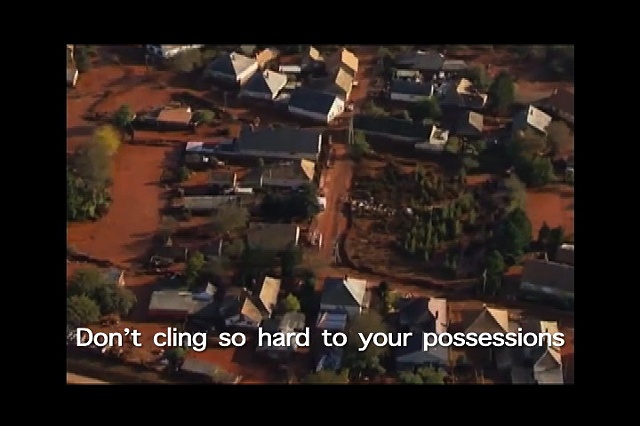 On October 4th 2010 a containment wall broke flooding the village of Kolontar, Hungary with toxic red sludge. Four people were killed and 150 injured in the deluge, which released poisonous chemicals from an alumina plant into the surrounding countryside. This work recasts the incident with the “Internationale” sung in Hungarian and the current Hungarian national anthem as a soundtrack rich with relative ideological and emotional meaning. This ecological tragedy is both an inherited by-product of lax environmental management from the Soviet era as well as continued neglect by the current government, which has been similarly unable to control industrial waste. Lost in the process is the fundamental importance of the protection of Hungary’s people and ecosystems.